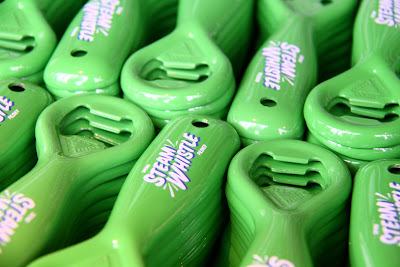 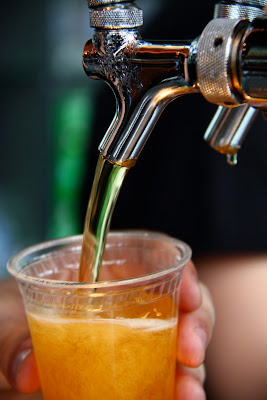 I don’t even drink beer.. for those of you who know me well, know that I get the “Asain glow” from even smelling alcohol! Ha-ha  For those of you who didn’t know…that’s your Midas tip of the day! 😉
I pretty much take one of my many cameras almost everywhere I  go, so on this occasion because I had my DSLR in tow, I decided to get artistic in the Steam Whistle brewery beside the Rogers Center.  Neat lil place, I didn’t do the tour because I have seen the Labatt and Guiness brewery already, (Yes, the Guiness brewery in Ireland…suckas! lol) plus didn’t want to pay the coin to go inside.  I really dig the old buildings Toronto has and will probably take the time this year to explore them a bit more.  As for Steam Whistle they give you free little glasses, and when I say “glasses” I mean one. Ha-ha!  But yea that’s incentive enough to go in and chill 🙂 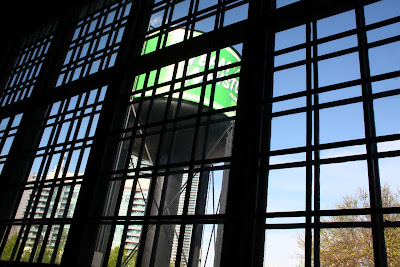